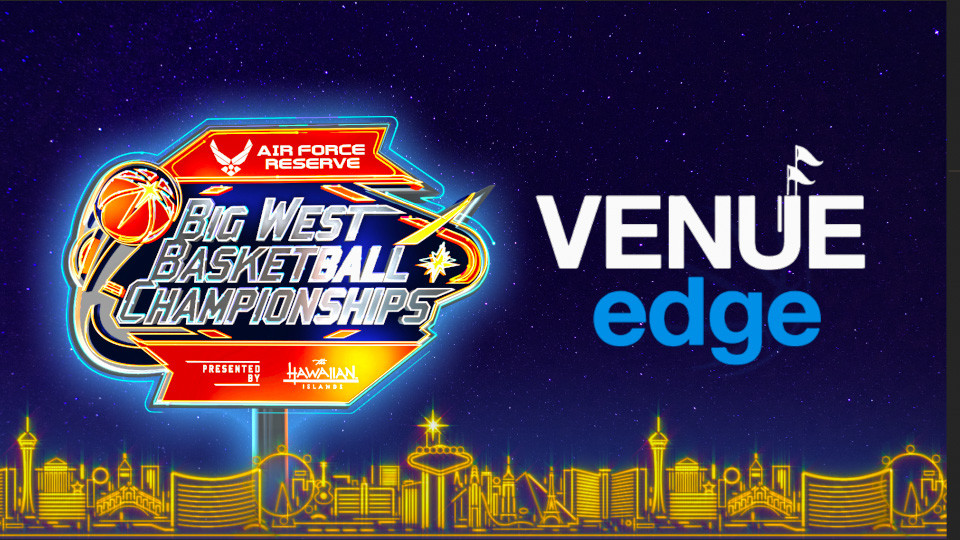 WINTER PARK, Fla. – Venue Edge (VE) is excited to partner with the Big WestConference during the upcoming Air Force Reserve Men’s and Women’s BasketballChampionships, presented by the Hawaiian Islands to be held for the first time at the MichelobULTRA Arena at Mandalay Bay in Las Vegas, Nev., March 9-13. The company worked with theBig West to create a positive and impactful experience for student-athletes inside the venue andfor fans following the event over digital and social channels.

“Given the sacrifices our student-athletes have made this season, we want to make sure the 2021Air Force Reserve Big West Basketball Championships presented by The Hawaiian Islands hasthe look and feel of a really big-time event,” said Big West Commissioner Dan Butterly. “Theteam at Venue Edge have been a great partner in helping us create a first-rate experience digitallyand throughout the venue.”

Venue Edge created a new design look and animations for all of the in-venue elements seen onthe video and LED fascia boards throughout the arena. They also created elements seenthroughout the Mandalay Bay complex to promote the Big West Championships. The newdesign brought together the look and style of the city into the arena. Since 2001, the Big WestConference championships have been held in Anaheim, Calif. Unfortunately, due to the globalpandemic, the tournament will be moved to Las Vegas, Nev., for the first time since 1995.